Is Arrange Marriage a Scary Affair? 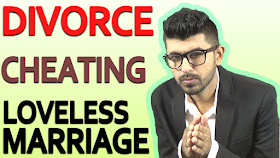 People get blinded by hotness, by money, not that money is not important, but it shouldn't be the only important thing in the world. And if you're so concerned about hotness, anybody can be hot, hotness has nothing to do with looks, it's all about your presence and your physique. If you are thin or over-weight, exercise, get in the best shape of your life, you will become hot. Looks don't matter because when it comes to sex, our brains still function on a primate level. Women unconsciously respond greatly to guys who are muscular and in great shape. And so does men, we unconsciously focus and respond to the size of breasts or the posterior of the girls.  Because they know that people respond to physique more than just looks.
So guys, to sum this up, I only have one thing I would want you to consider:
She might have the greatest pair of.... books in her shelves, but don't be impressed and blinded by those books. The cover might look very interesting to you, but a day will come when you'd be bored of reading the same content again and again. And then you'd be attracted to other books, and you might one day secretly read another book very badly. And if you do that, the whole point of committing to those first books was pointless, and you have wasted years of your life.
Now, none of what I have said is absolute. I would love to learn from you as well. So do subscribe to this channel and join in on the discussion in the comment box for now and for the many coming videos as well. Thank you for listening, Do check out the other videos.